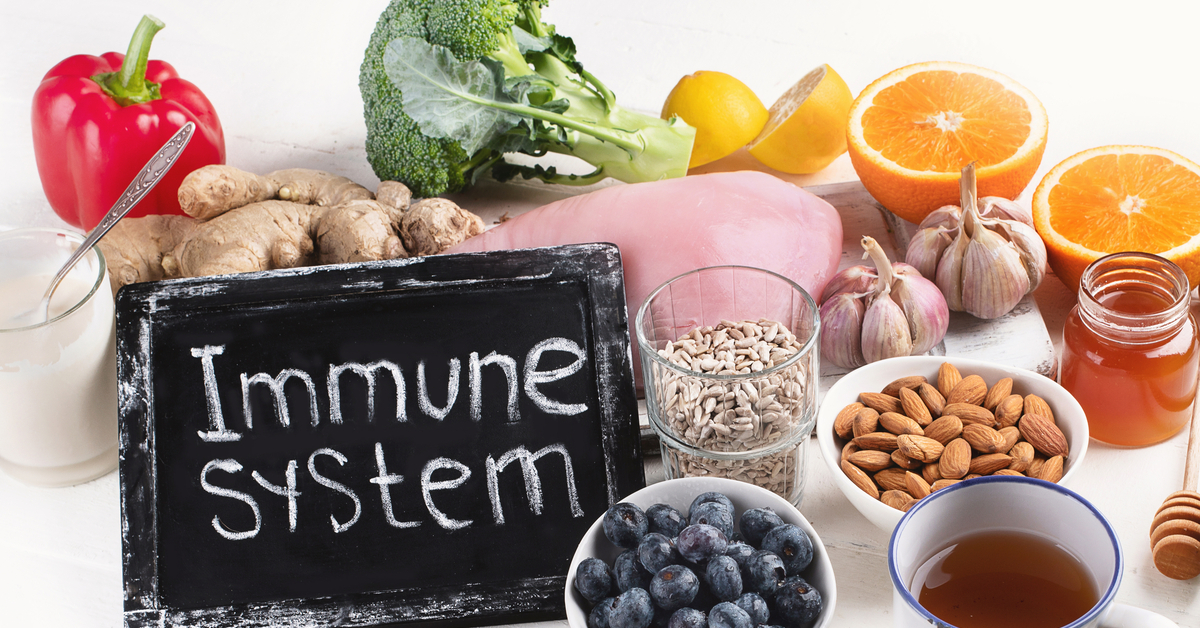 A strong immune system can be at least as powerful as hand-washing. That’s why a nutritious diet and consistent exercise – wherever you find yourself these days – are great ways to improve your immune system, prevent infection and feel strong.

Exposure doesn’t have to mean infection.

In fact, for many people, exposure to the novel coronavirus and/or other viruses may not lead to infection or severe illness. That’s why it’s so important to remember that staying well is much more than just avoiding illness. It’s about strengthening what’s already inside you.

Regular, moderate exercise from home or elsewhere: Increase your circulation a few times a week with exercise to help your body shed toxins. Moderation is key: If you enjoy high-intensity training sessions, do these only once or twice a week to avoid taxing the immune system. If you’re working from home, don’t work all the time; you’ll go crazy. Go outside! Get your heart pumping, whether it’s sunny, windy, rainy or snowy.

Go with your gut: Immunity starts in the gut. The best superfoods to build the gut’s infection-fighting powers are tasty and easy to find, including:

Probiotics from fermented foods such as:

Hydration: A 6-8 oz glass of water every hour is ideal for keeping your metabolism moving. Add 8 oz for every 30 minutes of exercise.

Stress reduction: The stress hormone cortisol is harmful over the long-term. Take time to lower your cortisol naturally. Stop for some fresh air or several times a day, by taking short outdoor walks. Enjoy a peaceful break over herbal tea. Meditation and yoga also work magic.

Massage therapy: Massage is a known detoxifier and there are several different styles of massage address everything from tight spots and tension to deep tissue therapy.

Dry sauna: Studies show that sauna use stimulates the immune system, especially in athletes who train regularly, as compared with people who do not exercise regularly. Training and sauna, therefore, make an excellent one-two combo for your immune system.

Check in with our team at Forma Gym in Walnut Creek or San Jose for a consultation on what immunity-building activities might be best for you.

When discussing life as a Forma Gym general manager, the first topic Reed Snook and Faro Tahery mention is the Forma Family.

That’s because, for both of them – Reed at Forma Walnut Creek and Faro at Forma San Jose – the built-in community of family-owned Forma Gym was the greatest draw and remains the greatest inspiration.

From Forma Athlete to GM

“I feel blessed to work in a positive environment where the goal is to help every single person that comes through the door enhance their life in some way,” says Reed. “From ownership, management, staff, and of course our membership base, Forma embraces a family atmosphere. Everyone here has become part of my extended family.”

Reed’s Forma Gym journey began more than seven years ago. At the time, while studying kinesiology and exercise science, Reed also served as captain of the offensive line for the DVC Vikings football team.

When he joined the Forma Athlete program to improve his athletic performance by training with Forma Fitness Director, David Miller, he couldn’t have anticipated what the future would hold.

“Pretty soon, I was hired to do club and equipment maintenance,” says Reed. “That led to becoming the front desk lead and eventually becoming a membership consultant.”

“I enjoy creating and maintaining personal relationships with every member that I can,” Reed explains. “Whether I see them in the lobby, at the front desk or while I’m working out myself, it’s great when people approach me to say ‘hi’ or I can ask them about something specific in their lives.”

“I’m really passionate about creating a great atmosphere for every member and the whole staff,” says Reed. “Physically, mentally and emotionally, we want everyone to know we’re here to support them.”

“The culture is strong with Forma; we gravitate towards local companies that support their employees and customers the way we do,” Reed says. “It makes me really happy to work with the Walnut Creek community that I was raised in.”

From Firefighter to Forma GM

Faro Tahery, General Manager of Forma Gym San Jose, joined Forma after a career in people-facing industries, including time as a firefighter, a restaurant owner and an auto service station owner.

“As a firefighter, you’re servicing the community,” says Faro, who worked for a Southern California fire department before going into banking and, later, forming several successful customer service business. He says that, in all of these roles, the most important character trait is listening and responding to people’s needs.

“Plus, unlike an auto repair business or firefighting, at the gym, everyone comes in for happy reasons,” says Faro. “They confide in us, we build deeper connections every day and we get to be part of their lives, watching all the positive change they make.”

Faro most enjoys the positive, uplifting environment of Forma Gym. He prides himself on knowing at least 80% of the members on a first-name basis,

“I don’t have a management office,” says Faro. “My mentors instilled in me that the best way to be a good manager is to be out the floor. I make a point of greeting people,  getting to know them and learning about their experience here.”

He even finds himself regularly attending sporting events and community events with members and staff.

“I love seeing the young kids who have already invested in their own fitness, who see the value in health,” says Faro. “They won’t have to be convinced at age 40 or 50 to start getting fit; they’re already seeing the value of coming to the gym, putting away their phones for at least an hour, hanging out and working out with their buddies.”

With their shared mindsets but different perspectives, the younger crowd and the more mature crowd mix nicely around the gym.

“This has a lot to do with our staff,” Faro adds. “They get to know everybody and they bring people together for things like our Outdoor Boot Camp. Everyone of all ages has respect for each other and encourages one another.”

Then there’s the Aqua Fit crowd within the Forma Family in San Jose.

“Our six-lane pool and can fit 50 to 55 people at a time for things like Aqua Zumba. They practically have a party in there!” he says, noting that the group even holds monthly potluck events at the club.

“We do other special events, including the Valentine’s event with decorations, a photo booth and candy,” he adds. The club also sponsors the South Bay Patriots semi-pro football team and participates in fundraisers for schools and sports teams.

For Faro, the greatest source of joy at Forma Gym is watching how a sense of community has developed organically.

“You can feel the respect and chemistry between people, which began with what we created in 2015.” he says. “The Forma Family makes everyone feel like brothers and sisters.”

Ready to get started? BOOK A TOUR